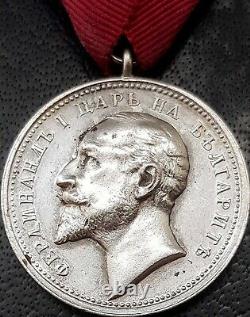 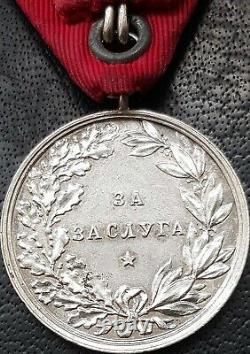 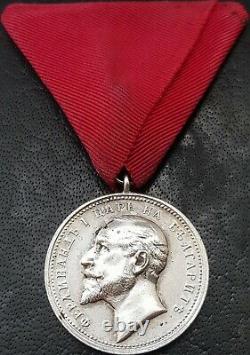 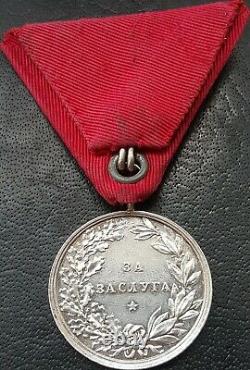 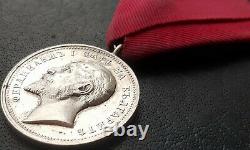 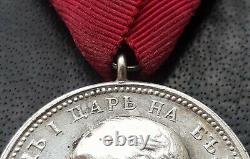 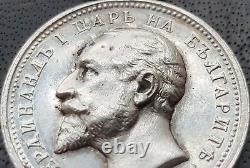 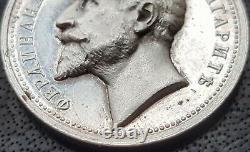 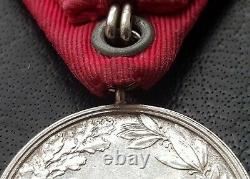 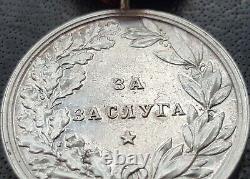 Bulgarian Royal Medal for Merit, silver, Ferdinand I. Circular silver medal with loop for ribbon suspension; the face with the head of King Ferdinand I looking left circumscribed with his name and title; the reverse inscribed'?? (for merit) within a wreath of oak and laurel. The Medal for Merit was founded on 25 December 1881 and awarded in three classes, gold (rarely awarded), silver and bronze for service to the Crown or Fatherland, the silver medal being awarded to middle-ranking officials and officers.

This example shows an older King Ferdinand and thus dates from the early years of the 20th Century. I; 26 February 1861 - 10 September 1948, born Ferdinand Maximilian Karl Leopold Maria of Saxe-Coburg and Gotha?????????

, was the second monarch of the Third Bulgarian State, firstly as ruling prince (knyaz) from 1887 to 1908, and later as king (tsar) from 1908 until his abdication in 1918. Under his rule Bulgaria entered the First World War on the side of the Central Powers in 1915. This item is in the category "Collectables\Militaria\World War I (1914-1918)\Medals/ Ribbons".anderson" and is located in this country: GB.