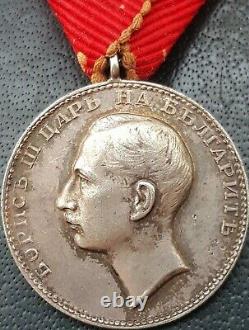 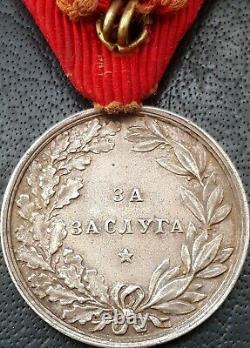 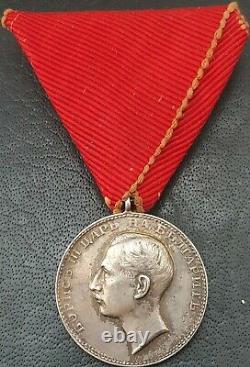 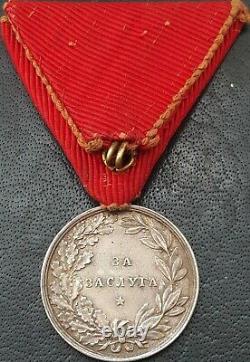 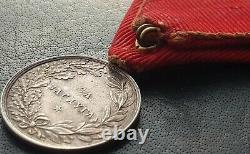 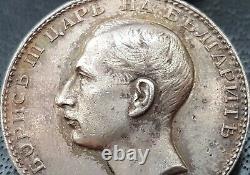 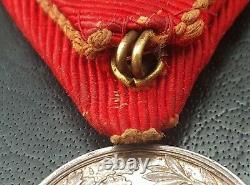 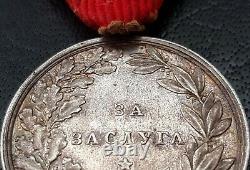 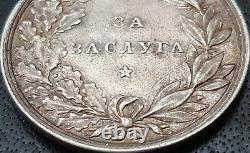 Original Bulgarian WW1 Royal Medal for Merit in Silver Boris III. , IN VERY GOOD CONDITION, ON GENUINE TRIFOLD RIBBON, A REALLY GOOD DETAILED EXAMPLE WITH ATTRACTIVE FINISH. Bulgarian Royal Medal for Merit, bronze, Boris III. Circular bronze medal with loop for ribbon suspension; the face with the head of King Boris III facing left circumscribed with his name and title; the reverse inscribed'?? (for merit) above a five-pointed star within a wreath of oak and laurel; on replaced correct ribbon. The Medal for Merit was founded on 25 December 1881 and awarded in three classes, gold (rarely awarded), silver and bronze for service to the Crown or Fatherland, the silver medal being awarded to middle-ranking officials and officers, the bronze to non-commissioned officers and lower-ranking officials. 18 January 1894 - 28 August 1943, originally Boris Klemens Robert Maria Pius Ludwig Stanislaus Xaver (Boris Clement Robert Mary Pius Louis Stanislaus Xavier), was the Tsar of the Kingdom of Bulgaria from 1918 until his death in 1943. This item is in the category "Collectables\Militaria\World War I (1914-1918)\Medals/ Ribbons".anderson" and is located in this country: GB. This item can be shipped worldwide.