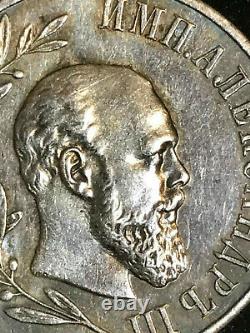 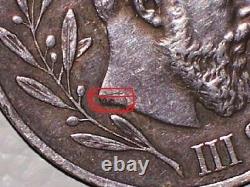 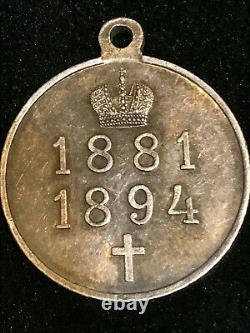 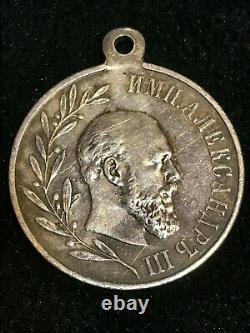 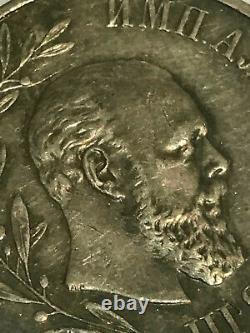 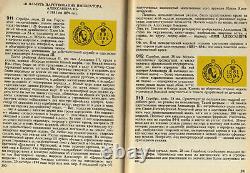 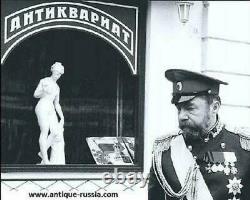 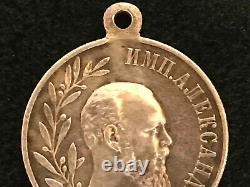 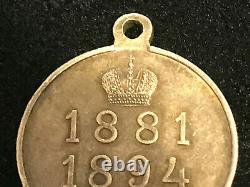 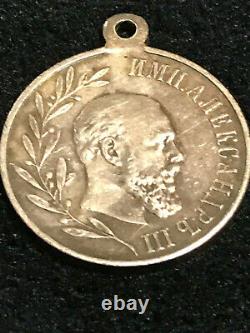 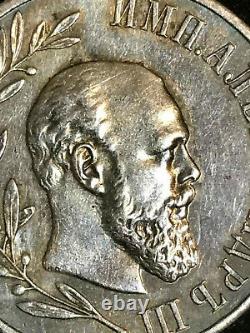 Obverse has the profile of Alexander III facing right. The left is a laurel branch, to the right is the Inscription, EMPEROR ALEXANDER III.

The signature of the engraver is placed under the bust of the czar (AG). Metal: Light Bronze Ribbon: No ribbon.

Condition: Heavy worn, in good condition, 100% ORIGINAL! FOR MORE INFORMATION, OR SIMILAR ITEMS PRESS ON? Y NAME, NEXT TO FEEDBACK. This item is in the category "Collectibles\Militaria\WW I (1914-18)\Original Period Items\Russia".

antique" and is located in this country: US. This item can be shipped to United States.