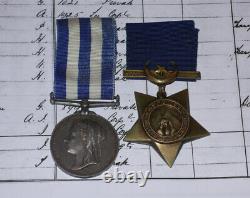 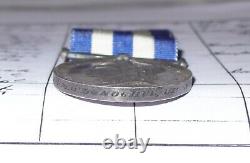 The Star is unnamed as issued and the Egypt Medal has the correct engraved naming as follows to. Mr O'Donoghue served with the 1st Battalion, Royal Sussex Regiment during the 1882 Anglo Egyptian War, with the rolls confirming both the issue of his medal and star.

The medals are in a VF condition or better with some light contact marks to the Egypt Medal from the Star. Six copy pages of the regimental rolls are included, four for his Khedive Star, and two confirming his Egypt Medal with no clasp.

This item is in the category "Collectables\Militaria\19th Century (1800-1899)\Medals/ Ribbons". The seller is "santlache_sales" and is located in Leighton Buzzard. This item can be shipped worldwide.