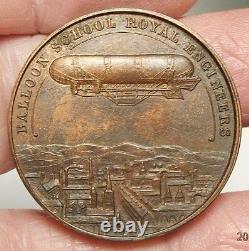 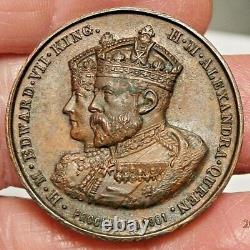 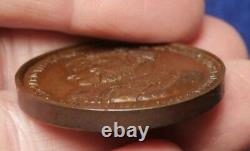 From my airship collection I offer this scarce 1901 Royal Engineers Balloon School bronze medal. And thick at about 3.5mm.

It had it's first public flight on Oct. 5th 1907 and flew from Farnborough to London. She made several passes over the city, and on her return flight encountered strong headwinds so landed at the Crystal Palace. Her first test flight took place a month earlier on Sept. At one time I had I think at least 6 of these medals in different metals.

One was steel and another was white metal, and I think aluminum. Per my notes which are old they continued to be struck until about 1925 for presentation purposes. I do see 2 others for sale now.

I also see one in England for sale from a large military medal dealer for 350 pounds. Worst thing is I say no. The item "1901 ROYAL ENGINEERS BALLOON SCHOOL BRONZE MEDAL S167A" is in sale since Tuesday, March 19, 2019.