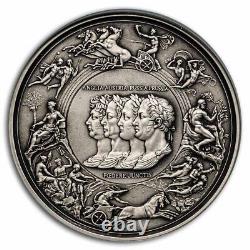 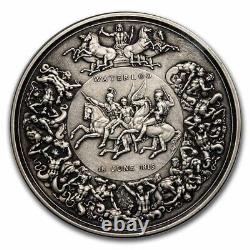 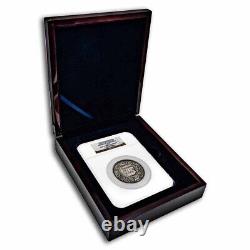 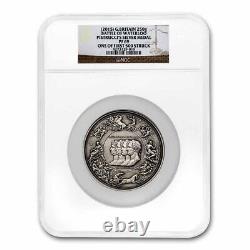 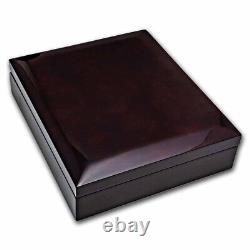 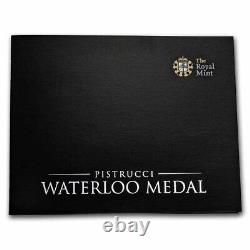 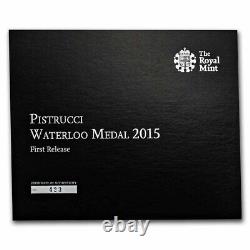 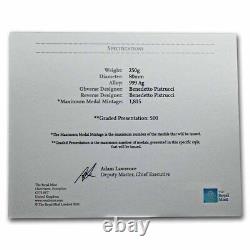 2015 Great Britain 8 oz Silver Battle of Waterloo Medal PF-69 NGC - SKU#250272. Photos in this listing may or may not be stock photos. The photos are meant to be an indication of the product you will receive. Packaged in a certified plastic holder from NGC to guarantee and protect the coin's near perfect PF-69 condition. Exact recreation of the Waterloo Medal designed by Benedetto Pistrucci that took 30 years to complete.

Obverse: The heads of the four allied nations are featured at the center: Prince Regent George IV, Francis II of Austria, Alexander I of Russia and Frederick William II of Prussia. Surrounding these busts is an allegorical representation of the Treaty of Peace that emerged from the battle (the Latin inscription'Federe Junctis' alluding to the treaty itself). Reverse: Represents the mythical'Battle of the Giants', where the giants are said to have unsuccessfully challenged the Olympian Gods. In this composition, Pistrucci depicted 19 figures struck down by the thunderbolts of Jupiter - 19 for each year of the Napoleonic Wars.

Guaranteed by the Royal Mint. Protect your NGC Plastic Holder from fingerprints by adding these cotton gloves. Add this strictly limited mintage Silver medal graded PF-69 to your cart today!

The seller is "apmex" and is located in this country: US. This item can be shipped worldwide.