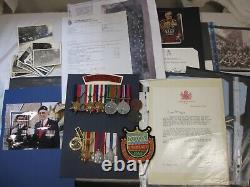 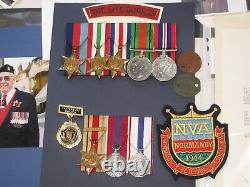 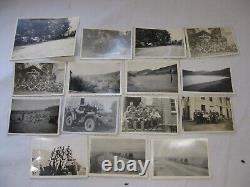 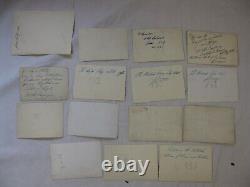 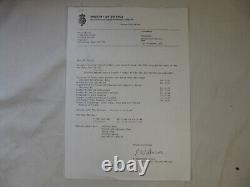 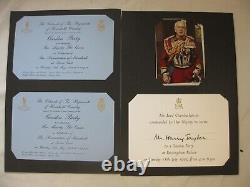 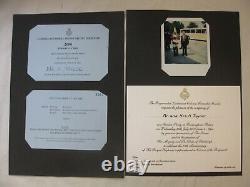 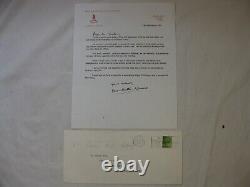 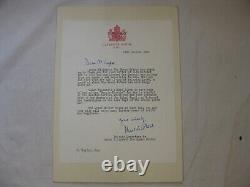 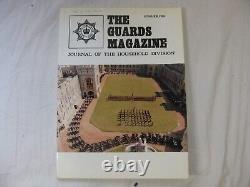 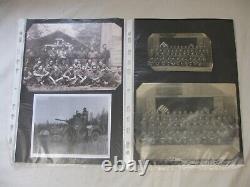 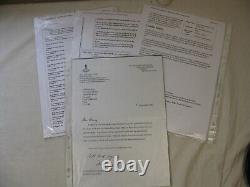 Interesting group of WW2 medals documents letters and photos to Harold Taylor a member of the coats mission. The coats mission was set up during WW2 to evacuate the King, Queen and their immediate family in the event of a German invasion of Britain. They were to be evacuated to one of several country houses using armoured cars and motorcycle riders to close roads ahead of the convoy. He was part of the Morris Detachment which would have transported the King and Queen.

He was awarded the 39-45 Star, Italy Star, France and Germany Star, War and Defence Medals. He also wore the Africa Star with repro 8. Army clasp and repro 1953 coronation and repro 1977.

Jubilee medals which he was not entitled to (see photos). As well as the medals includes....

Several Buckingham Palace garden party invites for him and his wife. Letter from Louis Mountbatten dated 1976 signed Mountbatten of Burma.

Letter from the private secretary of Queen Elizabeth the Queen mother October 1976. Letter from MOD with details of his service and medals awarded. Some period photos from his service including two of V2 Rocket sections being transported. Some more modern enlarged photos.

His two army dog tags. Anniversary Normandy Campaign pin badge. Copy of the guards magazine from summer 1988 which has an interesting article about the Coats Mission. Letter from Honorary Secretary of the Life Guards Association.

Printed research from the internet. This item is in the category "Collectables\Militaria\World War II (1939-1945)\Medals/ Ribbons". The seller is "1lozb" and is located in this country: GB.