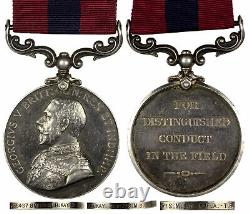 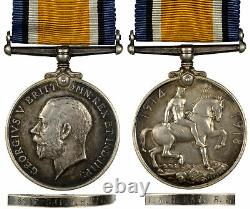 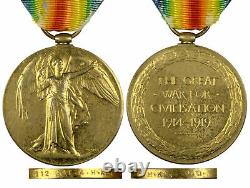 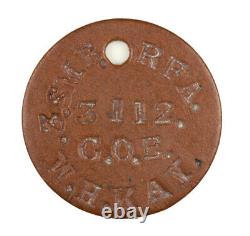 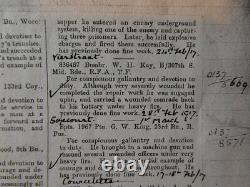 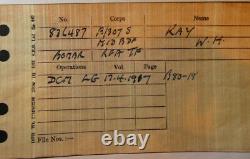 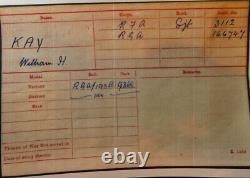 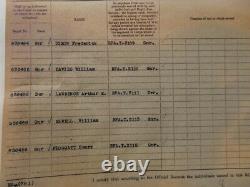 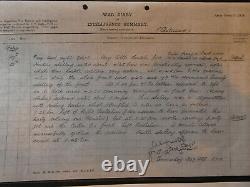 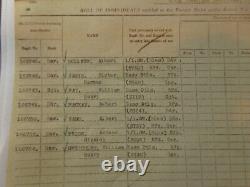 Distinguished Conduct Medal Royal Field Artillery Territorial Force. Distinguished Conduct Medal, War and Victory Medals awarded to William Henry Kay along with his fibre ID disc. He was awarded the Distinguished Conduct Medal for bravery which was gazetted on 17th April 1917 with the citation. For Conspicuous gallantry and devotion to duty. Although very severely wounded he completed the repair work he was engaged upon, and carried a wounded comrade back to his battery under heavy fire. He has previously done fine work. The annotated copy of the London Gazette gives the date of the action 28th February 1917 and the location as Soyecourt. The war diary for the 307 Brigade RFA for that day describes a heavy German barrage and a raid on British trenches followed by a counter attack to repel them.

The context of this action was the pursuit of the Germans as they made an organised retreat to the Hindenburg line which 307 Brigade participated in as part of 61st (2nd South Midland) Division. The Distinguished Conduct Medal is correctly named 836487 BMBR W.

F" and the War and Victory Medals are correctly named "3112 W. Although no service records for South Midland Brigade survive by checking the Silver War Badge roll for men discharged from 3rd South Midland FA it can bee seen that Kay enlisted in Birmingham in late October 1915 (3066 Glascott enlisted 21/10/15 and 3187 Beasley enlisted 25/10/15) into the second line 3rd South Midland battalion and would have landed in France in May 1916 with 61st division. Territorial Force numbers were changed in early 1917 to produce a coherent national system - 307 Brigade RFA got number block 835001 - 840000 of which Kay was issued 836487.

Kay's medal index card gives his units as Royal Field Artillery with the number 3112 with whom he landed in France and won his DCM and so is the number that appears on his War and Victory medals and Royal Garrison Artillery with number 166747. This number is part of a block (166116 - 166834) which was for transfers around June - July 1917 (I'm indebted to the research published by Kevin Rowlinson on the Great War forum for this detail). Kay's War and Victory medal are on the RGA roll which gives his previous unit as "Base DTLS RFA" which perhaps means he was transferred into the RGA after recovery from his wounds mentioned in his DCM citation. As a final measure to confirm numbers I also checked the medal roll for the RFA TF South Midlands division which lists the new number and the old number (which was impressed on medals, as with Kay's). Helpfully this runs in sequence so the new numbers from the 1917 system run concurrently with the old numbers.

The page that contains numbers 836484 (replacement for number 3109) to 836489 (replacement for 3115) is missing Kay's 836487 (replacement for 3112) as of course, he'd transferred to the RGA and is included on their roll. Copies of his medal index cards, medal roll, citation etc. There are a great many groups on social media sites with experienced collectors and dealers posting coins that you can look at which will help you learn to grade coins and offer advice on whether a coin is genuine or not.

Don't get caught out by fake coins. Ive made every effort to provide good quality images of the items I sell but, with coins especially, theres no substitute for having it in hand to examine it under a lens to assess it. Cheque - Drawn on a UK Bank. Please contact me if you have any questions.

Please leave feedback when you receive your item so I know you're happy and I'll do the same in return. Thanks for looking and please check out my other items. The item "Distinguished Conduct Medal Royal Field Artillery Territorial Force" is in sale since Tuesday, November 24, 2020. This item is in the category "Collectables\Militaria\World War I (1914-1918)\Medals/ Ribbons". The seller is "ajbcollectables" and is located in Burntwood.