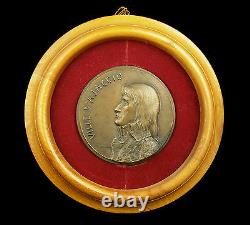 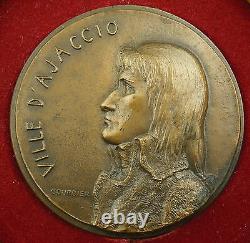 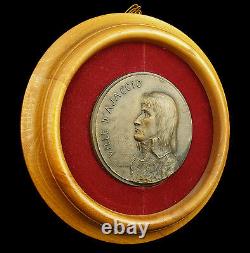 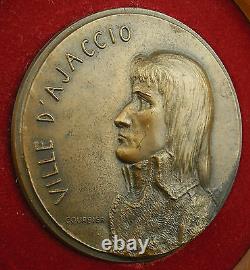 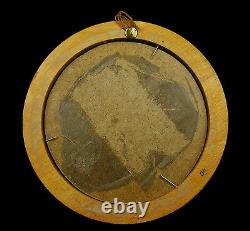 Bronze medal from the Monnaie de Paris framed in velvet and light wood, closed with isorel on the back. Struck and framed around 1950. Dimension : 77 mm, 160 mm for the frame. Weight : 363 g in total.

Hallmark on the edge: to be determined. Ajaccio is a French commune, prefecture of the department of Corse-du-Sud, prefecture of Corsica and seat of the territorial collectivity of Corsica. Its urban area had 100,621 inhabitants in 2011. Ajaccio, "imperial city" and formerly "city of coral", is also known for being the first French city liberated during the Second World War, on September 9, 1943.