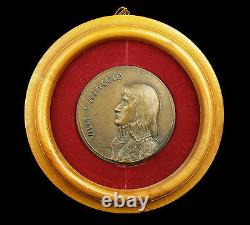 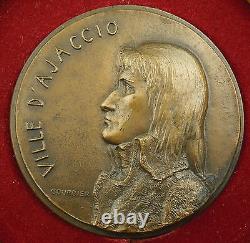 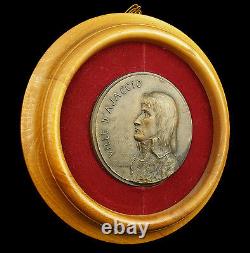 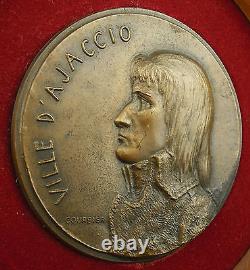 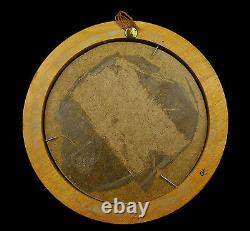 Bronze medal from the Monnaie de Paris framed in velvet and light wood, closed with isorel on the back. Struck and framed around 1950. Dimension : 77 mm, 160 mm for the frame.