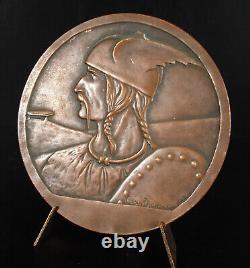 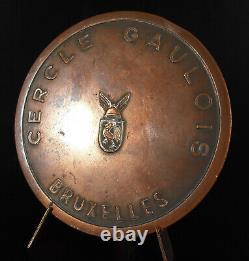 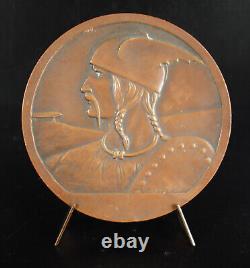 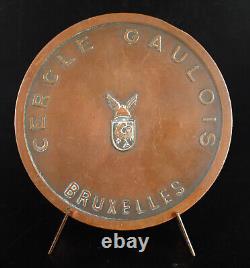 The stand is not for sale. At the heart of the Royal Park in Brussels, the Cercle Royal Gaulois, Artistique et Littéraire brings together ambassadors, representatives of the liberal professions, scientists, magistrates and lawyers, university professors and academics, politicians, executives or leaders. Companies, artists and people of letters: they meet there with pleasure for lunch, attend an activity organized by the Circle or enjoy a well-stocked bar. The roots of the Circle are ancient.

On the one hand, the Cercle Artistique et Littéraire was founded in Brussels in 1847 by leading figures such as the astronomer Adolphe Quételet. On the other hand, in 1911 the Cercle de la Toison d'Or was created by a group of intellectuals, including the lawyer Edouard Huysmans. In 1919 it took the name Cercle Gaulois, then became "Royal" in 1937.

The two Circles united their destinies in 1951, to become the Cercle Royal Gaulois Artistique et Littéraire that we know today. Open to all political, cultural or philosophical tendencies, it is a center for friendly, intellectual, artistic, literary, humorous, gastronomic, touristic or even sporting meetings... Refinement and conviviality are the two major features of these events, marked by the the exceptional setting of the Salons du Cercle, the oldest of which were built in 1780. Echoing the beauty of the place, under the aegis of the Artistic and Literary Section - which is an exclusive specificity of the Gauls - the Circle organizes a number of events dedicated to art and culture: exhibitions, concerts, conferences and galas.

Gaulish Circle Picture in Infobox. HistoryFoundation 1847 FrameType ASBL Legal status Nonprofit organization Headquarters Brussels Country Flag of Belgium (civil). Svg Belgium Contact information 50° 50' 43? Its vocation is to constitute a friendly, intellectual, artistic and literary meeting place free of all political, cultural or philosophical tendencies. It results from the merger of the Royal Gaulish Circle and the Artistic and Literary Circle.

The current president of the Cercle Gaulois is Geoffroy Generet. The club2 is located in Brussels, 5 rue de la Loi, behind the royal theater of the Park. It maintains reciprocal relations with many other circles in Belgium and throughout the world. Story Before settling in this place, the Artistic and Literary Circle, which had existed since 1847, had previously occupied several premises in the Galeries Royales Saint-Hubert and the Maison du Roi.

It had for members all that mattered in Brussels, notables, men of letters and artists. Its first presidents were Adolphe Quetelet, director of the Royal Observatory of Belgium and renowned scholar, followed by Louis-Eugène Simonis, neo-classical sculptor to whom we owe the equestrian statue of Godefroid de Bouillon which adorns the Place Royale in Brussels. Building The current building, built in two phases, has two large rooms, a vestibule, a royal salon and a library. Lorraine room The Salle de Lorraine is the oldest in the complex. It is the work of the architect Louis Montoyer and was built in 1782, under the Austrian period, at the same time as the theater located in the Brussels park located opposite the Royal Palace of Brussels.

This former ballroom was so named in memory of Charles-Alexandre de Lorraine, Governor of the Austrian Netherlands, who died in 1780, two years before the work was completed. It was inaugurated by Marie-Christine de Saxe-Teschen to receive the Comte d'Artois, the future King Charles X, brother of Louis XVI. On July 11, 1782, Tsarevitch Paul Petrovich, Crown Prince of Russia who would become Emperor Paul I of Russia, came to admire the illuminations of the Waux-Hall in the Parc de Bruxelles - also called Vauxhall - in the midst of a great competition of guests. A waux-hall was a place of pleasure usually comprising a theatre, a bandstand, shops, attractions and a dance hall.

In 1803, this same room welcomed another distinguished guest, in the person of Napoleon Bonaparte, First Consul of France, accompanied by his wife Joséphine de Beauharnais. Four academic paintings from the end of the 19th century executed by members of the Artistic Circle decorate the Salle de Lorraine. These four canvases represent illustrious figures from the milieu of literature, sculpture (Benvenuto Cellini), painting and music (Wolfgang Amadeus Mozart). The room also houses several sculptures including: a terracotta by the Belgian Gilles-Lambert Godecharle, representing Angélique D'Hannetaire, French actress who was the muse of Charles of Lorraine; three busts representing: Clotilde Kleeberg-Samuel, Louis Lagasse, president of the Cercle Gaulois in 1924, Paul Parent, president of the Royal Gaulish Artistic and Literary Circle from 1946 to 1971. Hall of Caryatids Halls of the Caryatids.

In 1820, a new hall was built. The work of architect Charles Vander Straeten, it is neo-classical in style and decorated with Ionic and Corinthian elements.

Its vault is supported by four caryatids by François Rude. The room was occupied for fifty years by a music academy later called Concert Noble. It was in 1871 that the Cercle Artistique took over from the Concert Noble, which had moved to its current hotel on rue d'Arlon. At that time, all Brussels music lovers had gotten into the habit of meeting there to attend the most remarkable concerts and the many cultural activities organized by the Artistic and Literary Circle made up of exhibitions and prestigious conferences and this, until the construction of the Palace of Fine Arts in Brussels, larger and more modern, designed by Victor Horta and inaugurated in 1928. Three large polychrome Venetian chandeliers, with thirty arms, from the Murano workshops light up the Hall of the Caryatids and the impressive Brussels tapestry from the 16th century, representing a historical scene, The capture of Tunis by the Spaniards. Another Brussels tapestry that belonged to the Count of BeaufortLequel? , chief curator of the Royal Museums under Leopold II, represents the Meiboom festival, an ancient and joyful Brussels tradition. The royal lounge Built at the same time as the Caryatids room in 1820, the salon is described as royal because, in rare circumstances, King Baudouin received heads of state there on official visits. It is decorated with royal portraits including: a large medallion painting of Charles V painted by Louis Gallait a portrait of King Baudouin, painted by Luc De Decker, (the father of Armand De Decker, former President of the Senate, former mayor of the Brussels municipality of Uccle) two portraits of King Albert II and King Philippe of Belgium still Duke of Brabant and Prince of Belgium, both attributed to the painter Philippe Coppieters an engraving representing Marie-Christine of Saxe-Teschen The marble hall The vestibule houses faithful replicas in bronze of the lansquenets of the sculptor Charles Dillens, adorning the Maison du Roi at the Grand-Place in Brussels.

Other parts The Royal Gaulish Artistic and Literary Circle still includes, like any self-respecting English club, a restaurant, a bar, a reading room and a library with collections of art and history books reserved for members only and nevertheless accessible. Highlights One of the highlights of the Cercle Artistique et Littéraire took place in 19473.

The festival committee set up to celebrate the centenary of the Artistic and Literary Circle, in addition to bringing together the works that illustrated its picture rails and which constituted the true history of a century of Belgian art, took care to evoke memories that were to bring back to life the time when the circle was born, on the occasion of a gala performance given at the Théâtre du Parc. The many guests were received by General Willems, president of the Artistic and Literary Circle surrounded by his collaborators, the painter Fernand Toussaint, vice-president, Gaspar, secretary, the architect Van Neck, the sculptor Bonnetain, members of the Council, Feuillien, director, as well as the chairman Paul Parent, president, and Guillon, secretary of the Cercle Gaulois4.

This event had the undeniable merit of recreating an evening at La Malibran and recalling the time of the cordial hospitality of Charles-Auguste de Bériot - husband of La Malibran - who offered his hotel to the founders of the Cercle5. At that time, all the artists of quality, whether they were from France or Belgium, met frequently at home, in their private mansion on Place Fernand Cocq in Ixelles6. It was Betty Dasnoy, from the Théâtre de La Monnaie who performed the role of the famous singer with great grace and elegance.

The guests of the circle heard for a whole evening Haydn, played by a string quartet composed of Baroen, the cellist Émile Doehaerd and the couple of painters and violinists Éliane de Meuse and Max Van Dyck, Dalayrac, Chopin, Mozart, Schumann, Vincenzo Bellini, Rossini, songs interpreted by Jane Barini, Joseph-Denis Doche and Béranger, Auber, Schubert, Monteverdi and, as it should be, Bériot and, to end this gala evening, a few stanzas at La Malibran where the romanticism of Alfred de Musset triumphs. The other highlight of the Royal Gaulish Artistic and Literary Circle is the centenary of the Circle celebrated in 2011. On this occasion, the Cercle Gaulois wished to encourage research in Antarctica, within the Princess-Elisabeth station. More specifically, the Cercle Gaulois wanted to support the Belatmos scientific program, a project initiated by the Federal Science Policy Office and coordinated by the Royal Meteorological Institute of Belgium, the Belgian Institute for Space Aeronomy and the Institute of Nuclear Sciences of the Ghent University. The Cercle Gaulois has put all the events organized on the occasion of its centenary under the banner of the Belatmos project with the aim of collecting amounts to support this research project in Antarctica.