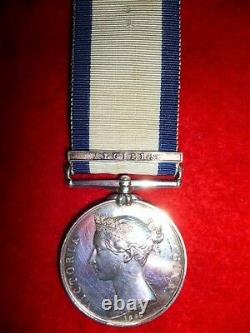 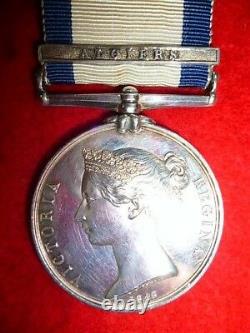 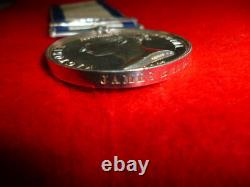 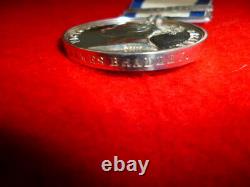 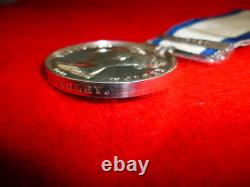 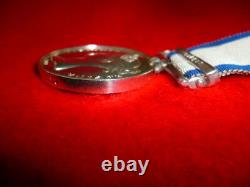 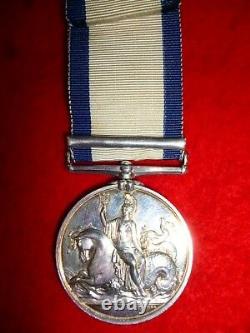 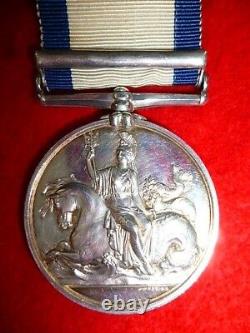 A unique name on the medal roll. A fleet under Lord Exmouth in the 100 gun H. Queen Charlotte, set sail from Plymouth. Anchored off Gibraltar Bay, he was joined by a number of Dutch ships under Vice Admiral Baron Van de Capellan. The combined expedition had taken on a difficult target as the fortifications on all sides, and the water around was so shallow that large ships could not approach within reach.

On 27th August, the British and Dutch ships lay outside Algiers almost becalmed and a message was sent ashore demanding compliance with a number of conditions. With the city greatly damaged, the fleet withdrew and was soon beyond reach of the enemy's shot. The next day contact was made with the authorities in Algiers and soon the Dey of Algiers had agreed to British demands. Herself had three men killed and 34 wounded. All items are unconditionally guaranteed as to authenticity. We are members of The Orders & Medals Research Society, (OMRS), The Orders & Medals Society of America (OMSA), The Military Collectors Club of Canada (MCC of C) & The Canadian Society of Medals & Military Insignia (CSMMI). The item "Naval General Service Medal 1793-1840, clasp Algiers, to Royal Marines" is in sale since Sunday, July 7, 2019.

This item is in the category "Collectibles\Militaria\1784-1860\Original Period Items". The seller is "arcticmedals" and is located in Calgary, Alberta. This item can be shipped worldwide.