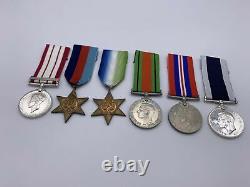 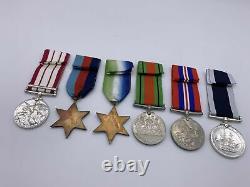 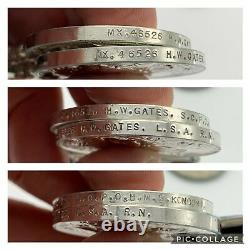 Herbert William Gates was born in Portsmouth on 5 November 1911 and enlisted in the Royal Navy as an Apprentice on 1 August 1927. He was awarded his Long Service and Good Conduct Medal on 1 June 1945. The item "Original World War 2 Medal Grouping, Royal Navy, NGSM Palestine, LSGC, Gates" is in sale since Monday, January 18, 2021. This item is in the category "Collectables\Militaria\World War II (1939-1945)\Medals/ Ribbons". The seller is "hornbeammilitaria" and is located in Bromsgrove.