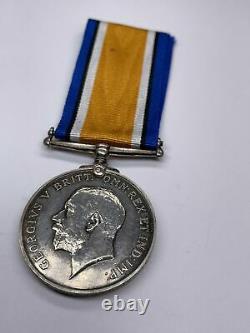 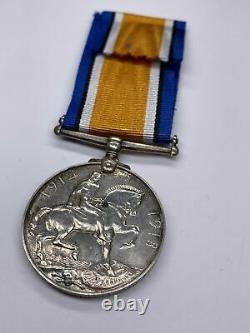 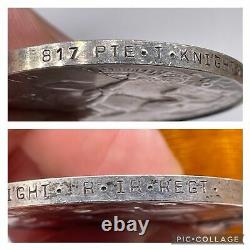 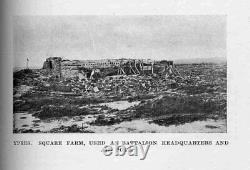 An original World War One era British War Medal, with length of reproduction ribbon. Thomas Knight was entitled to a 1915 trio, arriving in the Balkans on 8 July 1915. Having previously served with the Somerset Light Infantry, he is reported as being killed in action on the 13th August 1917, serving with the 6th Battalion.

This is during the Battle of Passchendaele. The war diary report the unit being in the front line trenches at'Square Farm', a building at times served as various unit's headquarters (photograph on the listing is from the 42nd Division official history). Knight on CWGC, he has no known grave and is commemorated on the Menin Gate.

The item "Original WW1 British War Medal, Royal Irish Regt, Killed in Action Passchendaele" is in sale since Thursday, December 2, 2021. This item is in the category "Collectables\Militaria\World War I (1914-1918)\Medals/ Ribbons". The seller is "hornbeammilitaria" and is located in Bromsgrove. This item can be shipped worldwide.