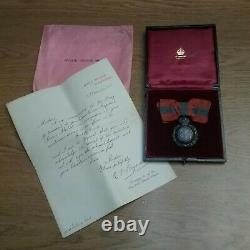 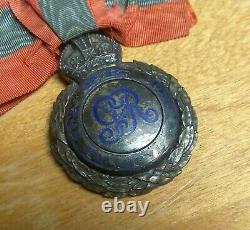 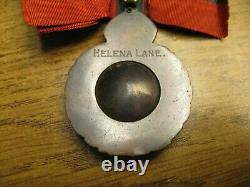 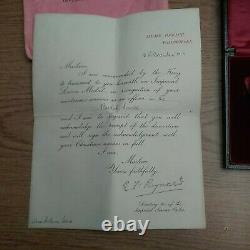 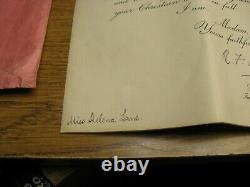 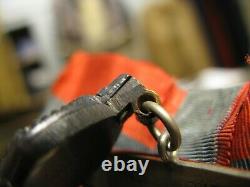 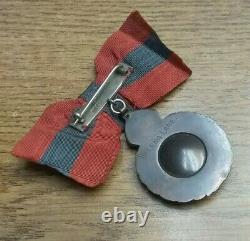 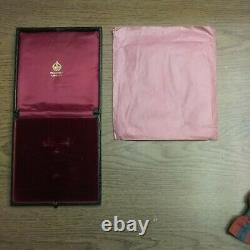 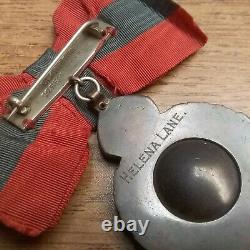 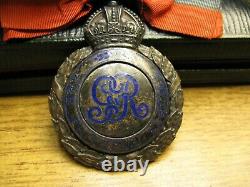 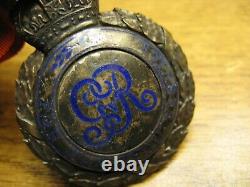 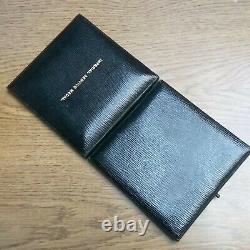 RARE : pre-1920 type, later replaced by the very common circular medal. ISM named on reverse in engraved letters: HELENA LANE. Document named to HELENA LANE , Officer in the Postal Service and dated Dec 13 1917 (possibly 1914, but believe it to be 1917).

Not sure if center plaque / overlay is actually made of "silver" : it is referred to as silver as an identifying feature. Document unfolds but there is nothing else printed / written on it other then what is seen in photo number 3. NOTE: very difficult to photograph! Most of the blue enamel is present, thought it is weak is some areas, whether by design or from wear. And there is slight pitting to the enamel.

Nearly the entire front of the central plaque is either toned, or was once silvered with most of the silvering worn away. GST / HST # 857353247. The item "RARE Named Imperial Service Medal with Wreath for LADY George V 1917 Document Case" is in sale since Tuesday, January 26, 2021.

This item is in the category "Collectibles\Militaria\WW I (1914-18)\Original Period Items\Great Britain\Medals, Pins & Ribbons". The seller is "crawfordcsm" and is located in New Westminster, BC. This item can be shipped to Canada, United States, France, Australia, United Kingdom, China, Germany, Japan.