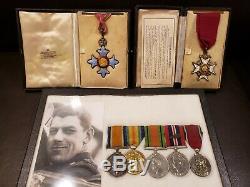 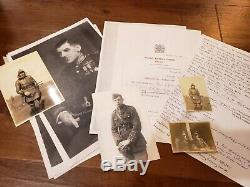 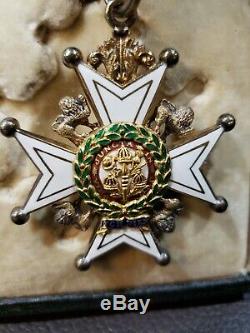 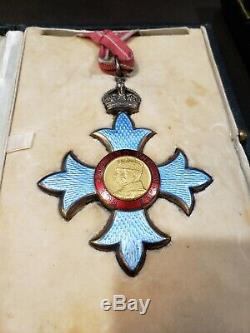 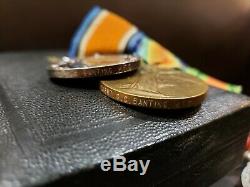 Medal group to AVM G. RAF, with cased orders, two original photographs, several copied photographs, and some research. BWM and VIC correctly named to Lieut. Served as a pilot in France and Italy. He is mentioned by name while flying a photo mission escorted by W. He also served in Canada and had a prominent role in establishing the Commonwealth Air Training Plan during World War Two. He was recommended for the OBE by Air Vice-Marshal McKean. This officer worked for two years at HQ training and since January 1940 has been on the staff of the mission in Canada. Highly qualified on all aspects of flying training and whole heartedly devoted to giving every ounce of energy to make things progress. He is popular with everyone in Canada.

He has put in a tremendous amount of hard work and has helped the Royal Canadian Air Force considerably in furthering the joing Air Training Plan. Most strongly recommended for this award. This OBE recommendation probably served as the basis for his official commendation in 1941.

This item is in the category "Collectibles\Militaria\WW I (1914-18)\Original Period Items\Great Britain\Medals, Pins & Ribbons". The seller is "rideouthousecollectibles" and is located in Portage la Prairie, Manitoba. This item can be shipped to United States, Canada, United Kingdom.