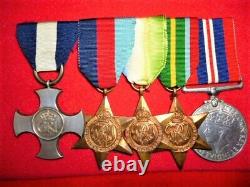 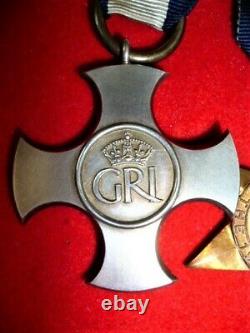 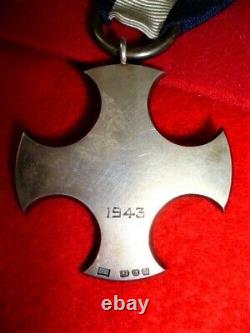 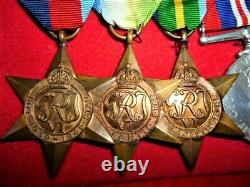 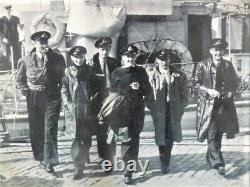 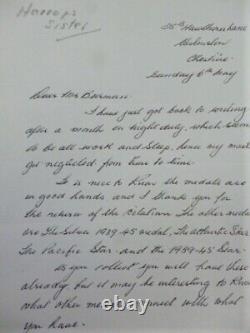 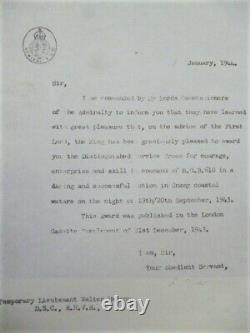 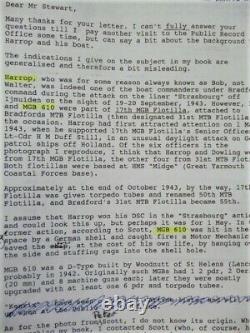 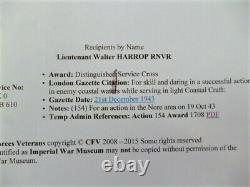 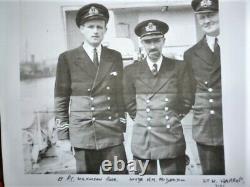 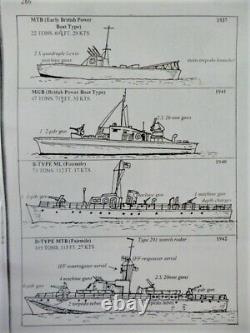 WW2 Distinguished Service Cross to Royal Navy for MTB succesful attack. His DSC was announced in the London Gazette dated 21st December 1943 For skill and daring in a successful action in enemy coastal waters while serving in light Coastal Craft.

With a copy of the Admiralty letter of notification of DSC For courage, enterprise and skill in command of M. 610 in a daring and successful action in Enemy coastal waters on the night of 19th/20th September 1943.

This was for the attack on the 17,000 ton liner Strasbourg which had run aground near the entrance to Ijmuiden harbour. MGB 610 was part of the escort for 4 MTBs who successfully hit the Strasbourg with 2 torpedoes. In the fight MGB 610 was set on fire in a battle with the escorts.

With DSC box of issue and an original letter from Miss Gabrielle Harrop (his sister) to Mr Burman (almost certainly Philip Burman) in which she says it is nice to know the medals are in good hands. With file of copied research including copied photo of (5) Naval officers after the Strasbourg attack including Harrop, book extracts, L. He was commissioned 4/9/41, promoted T/Lt 4/12/41, T/A Lt Cdr 3/45, discharged 11/2/46. Assumed to of served in Destroyers towards the end of the war.

Please also take a look at our website items at arcticmedals dot com (just google us). All items are unconditionally guaranteed as to authenticity. We are members of The Orders & Medals Research Society, (OMRS), The Orders & Medals Society of America (OMSA), The Military Collectors Club of Canada (MCC of C) & The Canadian Society of Medals & Military Insignia (CSMMI). The item "Royal Naval WW2 DSC Medals Group for MTB succesful attack on a German Liner" is in sale since Wednesday, September 2, 2020. This item is in the category "Collectibles\Militaria\Other Militaria".