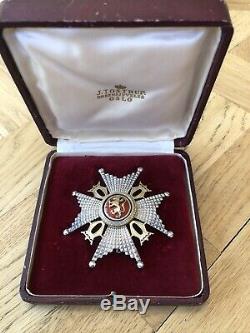 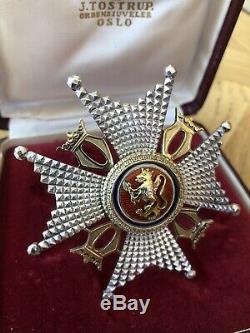 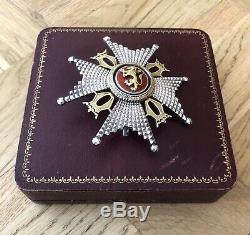 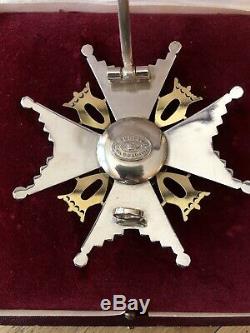 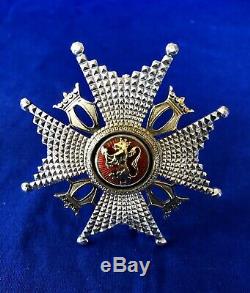 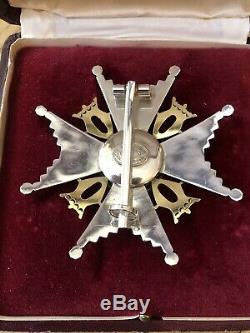 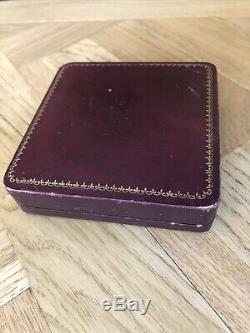 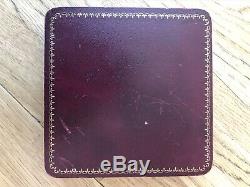 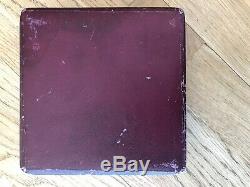 Norwegian Royal Order of St Olav - Commander Star 1 in original case of issue. Rarely awarded in the Commander with Star division, 2nd highest after the Grand Cross. When awarded to foreigners, only the breast Star is awarded, not with the neck badge as for Norwegian citizens. It is rarely awarded, most of the years not at all. Since 1985 no longer awarded to foreigners with the exception to Royals and Heads of State. Silver, enamel center globe, silver gilt ring surrounding the center globe, silver gilt O between Star arms.

Made by the Royal Court Jewelor J. This is the current style of the Star Insignia since 1957 as identified by the smooth Star arms on the reverse with no pinholes.

Condition is Used with minimal signs of use from normal wear. In nice condition with no damages to the center enamel globe, nor the Star arms. The original case of issue has several scuff marks from use and handle. The item "Royal Norwegian Order of ST OLAV COMMANDER 1 STAR Saint Olaf Norway medal" is in sale since Saturday, June 20, 2020. This item is in the category "Collectibles\Militaria\Current Militaria (2001-Now)\Original Items\Medals & Ribbons".