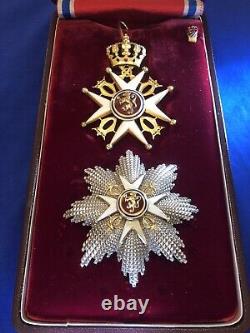 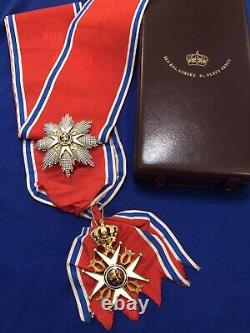 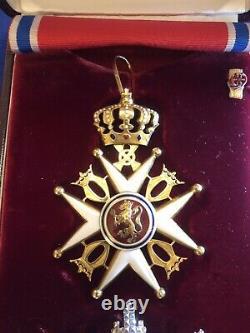 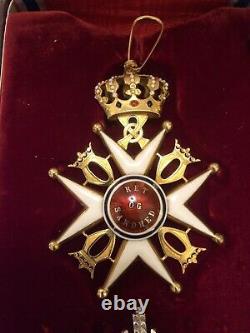 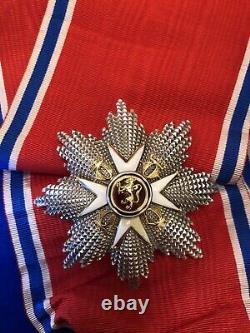 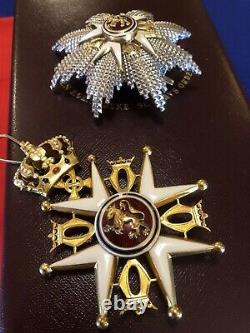 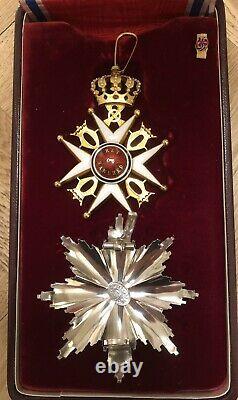 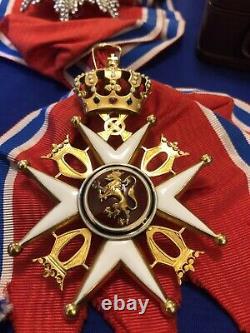 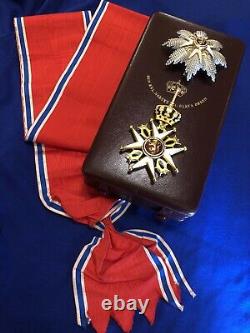 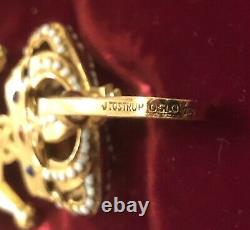 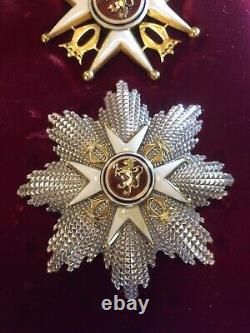 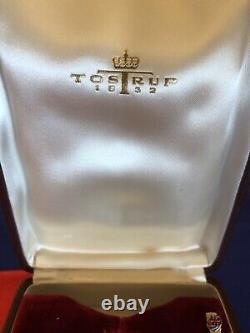 Norwegian Royal Order of St Olav - GRAND CROSS civil division, in case of issue, the badge in 18 carat gold 750, grand cross star in silver, grand cross sash and the lapel rosette pin for a complete set. Rarely awarded in the highest division, mostly to heads of state and royals and only to Norwegians since 1985. For women in particular, just a handful over the years.

Reportedly only awarded to 10 women to date, and when excluding to royals, only 4 civilian women. Badge, in gold 750, enamel covered cross arms. Made by the Royal Court Jewelor T.

Tostrup Oslo in the suspension loop. The badge in use since1937 and current style. However this one being in gold, while most current awards are in silver gilt only. In silver, current style, center piece in enamel.

It is rarely awarded in the Grand Cross version, normally just a couple each year unless there is a large official state visit. For its age some signs of use.

NOTE: The Star has some enamel issue on two arms of the center cross arms. BADGE - A few of the ball tips of the badge have some minor dents from wear and tear, not uncommon since the ball tips are hollow, not noticeable unless inspected closely, so disclosed. The enamel work has no damage, however the enamel on the 9 oclock cross arm has some yellow tint believed to be caused by the gold under the enamel. The rest of the cross arms white. NOTE - STAR - The Stars center piece has enamel repair to the lower 6 Oclock cross arm on the front, while the 3 Oclock arm to the right has a tiny enamel hairline crack / repair visible up close, across the enamel.

The other two arms with no visible condition issue. CASE - In very Good condition. The item "Royal Norwegian Order of ST OLAV GRAND CROSS Gold Saint Olaf Norway Medal" is in sale since Thursday, October 1, 2020. This item is in the category "Collectibles\Militaria\Current Militaria (2001-Now)\Original Items\Medals & Ribbons".