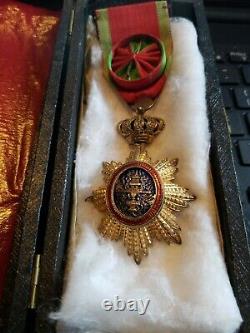 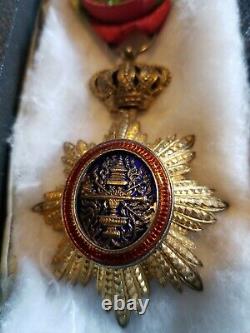 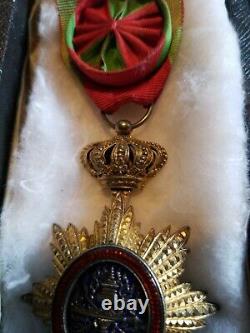 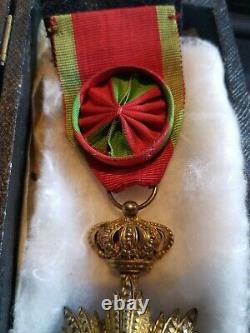 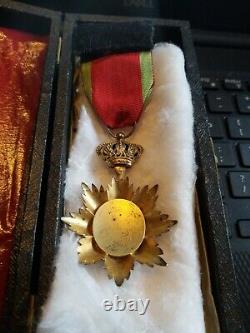 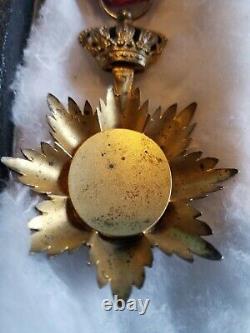 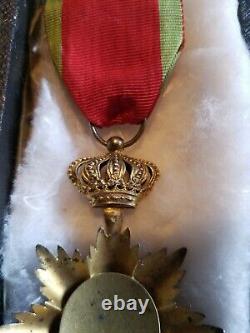 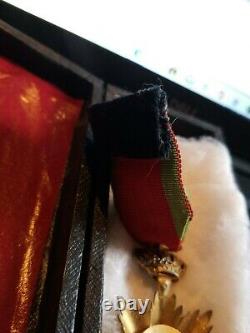 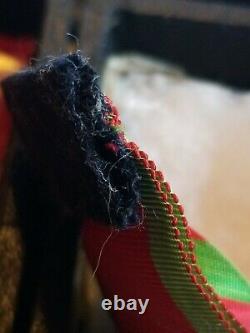 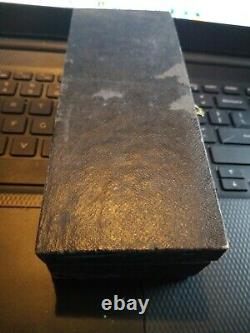 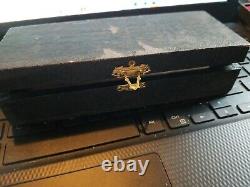 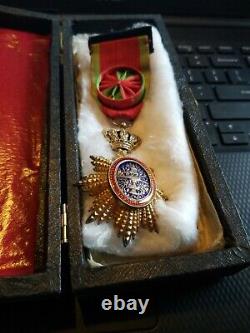 In 1845, Thailand and Vietnam established a joint protectorate over the ancient Khmer Empire. With French support, Cambodia gained independence under King Norodom.

In 1864, but he had to accept the French protectorate of Cambodia. And a strong French interference in the administration of his country. On 8 February 1864, the king founded the "Royal Order of Cambodia" as an order of merit with five degrees.

After 1896, the French government and the kings of Cambodia each granted themselves the Order of Cambodia. The French president was rightly Grand Cross in the Royal Order of Cambodia. The order served to distinguish civilians and soldiers, subjects of the king or strangers, who had made themselves worthy. In 1896, the order was officially taken up in the French system of colonial orders of chivalry. For French appointments, the recipient had to be at least 29 years old and enter the Order first as a knight, to be promoted to a higher grade after a certain period.

Apart from decorations for bravery or merit during foreign campaigns, the French colonial orders also required that a certain number of years had to have been spent in the tropics or overseas to be eligible - in this case, three years in Indochina. From 1933 the Order was also granted for the organization of exhibitions dedicated to Cambodia and sacred events important to the French colonies. None of these rules applied for grants by the King of Cambodia himself. The colonial and overseas orders were immediately contingent on the French orders and awarded on ministerial orders. In 1948 France ceased granting the order.

Formally it remained a French colonial policy, but it was now only granted by the King of Cambodia. The order has since then been one of the historical orders of France. On September 1, 1950 the (colonial) French order-system was reformed. The Order of the Star of Anjouan.

And the Order of the Black Star. Were formalised as French Overseas Orders. The other three were the "Order of States Associated to the French Union" (French: "Ordre des États de l'Union Française Associés"). In 1955, Cambodia became independent. The order was approved by King Norodom Sihanouk.

During his government and also granted during his exile in Beijing. Even after the restoration of the Khmer dynasty it remained the highest Cambodian distinction. Medal worn on a large ribbon at the left hip and star worn to the gem's left. Large medal on a ribbon round the neck, and the star of the order.

The medal of the order comes in many different forms, as a slightly elongated silver or gold star surmounted by a Cambodian crown and with an image of the king's crown and coat of arms in gold on a violet blue background and surrounded by a red circle. The reverse of the medal is left rough. To promote the order if it was awarded by the French, the Cambodian crown was replaced with a European one surmounted by a small cross, and in the early years the order was even awarded without any crown. The central image on the star of the order is the same as the medal, though the crown is missing and the rays are usually smooth. The star is elongated, with the vertical rays longer than the horizontal rays.

The regalia of Knights is in silver, whilst those of the higher grades are gold. The medal and star are equally for civilians and soldiers.

The ribbon of the order was originally green with a red border, changing in 1899 to white with an orange border (in the same year the French government changed the colours of the ribbons of all five colonial orders), before reverting to the original black ribbon when it became a purely Cambodian order again. Jean de Lattre de Tassigny. Tengku Fauziah binti Almarhum Tengku Abdul Rashid. The item "Royal Order of Cambodia-Officer Medal in Case -SEE STORE FRENCH MEDALS WW1" is in sale since Tuesday, July 7, 2020. This item is in the category "Collectibles\Militaria\WW I (1914-18)\Original Period Items\France".