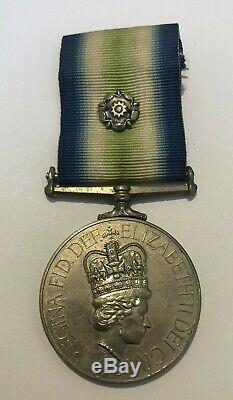 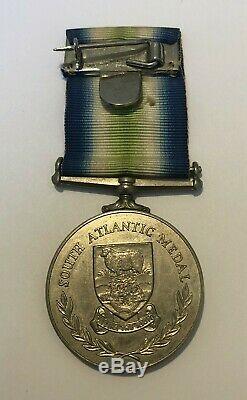 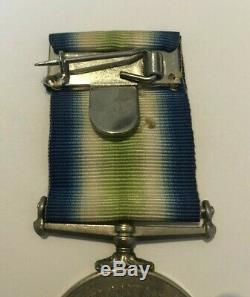 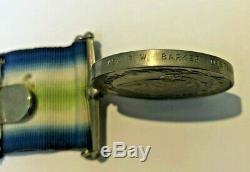 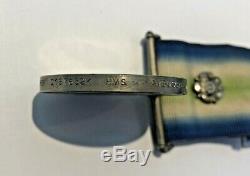 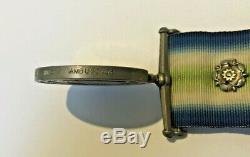 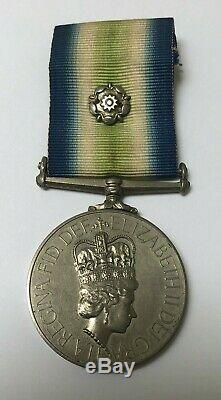 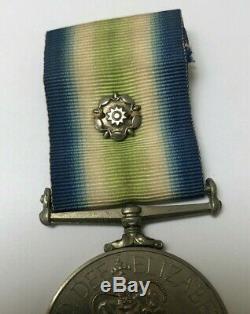 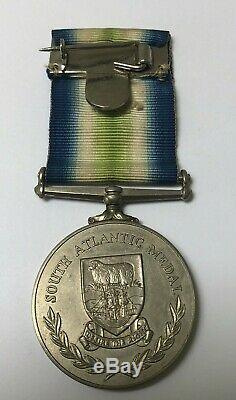 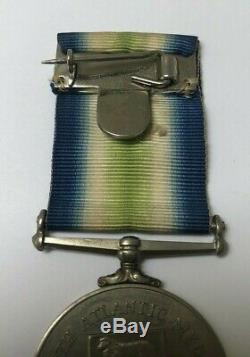 On 26 May she found herself in the unfortunate position of acting as a screen for the. Although she managed to fire chaff before two incoming exocets arrived, one of them ducked below to deliver a fatal blow to the aircraft transports port quarter. A personal account of HMS Ambuscade during the conflict written by CDR Peter J Mosse the Captain of HMS Ambuscade January 1982 - September 1983. What did you do in the FALKLANDS, Daddy? We did not have any Wrens at sea!

I was in AMBUSCADE, she was a Type 21 Frigate, the fastest and sleekest you ever saw, and we were proud of her. " "Yes, Daddy, but what did you do? We had seen it all on TV that weekend: some wanted to go, others would rather not. It was a flightdeck full of ammunition to replenish the magazines at Gibraltar, emptied by the first wave of the Task Force in their hurried departure.

Guardship we were, but predictably we soon got orders to go further south to Ascension Island, working up with Portland staff on the way and quickly adopting warlike habits. Breaking radio silence in vain to seek professional help, the Doctor, in the Navy only a few weeks, was the first to meet the challenge: he had to perform a tricky operation on a hand which had serious blood poisoning, successfully saving it and possibly the sailor in the process.

We therefore never said our goodbyes, but you would not know it for all the enthusiasm everyone had. But the second night out it all became real when we heard that SHEFFIELD had been hit by Exocet, and over half of us mustered at the Church service that Sunday. AMBUSCADE was a featureless grey by the time we reached Ascension because we had painted out all distinguishing marks.

We did not want to give the enemy gratuitous information and we had heard there was a submarine about. Guardship there was also short lived and after briefly enjoying the delight of meeting ANTELOPE, another of the Type 21 Club, we sailed south together to join the Task Force on 14 May. We had to make best speed to get to the Task Force in time for the landings which were imminent. Our two Olympus engines were fastest at over 30 knots but were too thirsty, so we had to go flat out at about 19 knots on the two economical Tyne engines to make the distance to the next tanker.

When a Tyne suffered "catastrophic failure", therefore, we had problems. First we had to let ANTELOPE go ahead and lose her Satellite Communications with the outside world, including the Task Force, but more importantly we would be dangerously low on fuel before we met the tanker. But in the prevailing Force 10 gale the risk of capsizing became serious, as we were still unable to fuel because the tanker's rig was defective!

After lolling around over night while the returning SHEFFIELD's crew sic! Helped to fix the rig, we had no option but to ballast 20% of our fuel tanks with salt water and by the time we eventually fuelled we had just 10% fuel left. By nightfall we were at last on our way again, 80% refuelled and the Stokers volunteered to scrub out the now contaminated tanks so that we could top up properly next time. Missilemen, Sonarmen and Electronic Warfare (EW) experts saved our skins later on but it was the Engineers that won that early day. We joined the Task Force on the 21 May, with the landings in progress, awakened from our "excommunication" by the sound of ARDENT on HF radio in the heat of the anti-air battle. There was no Exercise briefing, no massive OpOrder, just copies of signalled shorthand OPGENs passed to us by EXETER.

We fought instinctively from our training, a tribute to the PWO system and the new Warfare branch. Training was ongoing, from the Captain down to the most junior sailor and we learnt new lessons every day.

The fortitude of people was remarkable, humbling trust, no complaints, excitement, bravery, continuous activity and physical pressure from the weather and fatigue. We learned to balance the need to be alert for extended periods with people's physical needs to enable them to do it. Text book solutions were not always the answer.

Morale was paramount: better to be 90% alert for 100% of the time than 100% for 90% of the time and risk getting caught out. We therefore made strategic improvements to physical comfort, such as occasionally reinstating chips on the menu when there was a lull and minimal fire risk from the deep-fat fryer!

Decisions had (and have) to be made on the best information at the time, these days with as much justification written down as possible because afterwards everyone wants to know why: then, many were to find this out the hard way long afterwards. Strain breaks through in a minority, however expert or tough they are, and you have to expect it, recognise it and know how to deal with it. Peace time practice and procedure did not prepare us for it then. Ours was an exciting war - it was for everyone, but not one that drew much attention or that many will remember except for us, but that does not matter.

We took part in almost every facet of the campaign, each was tested and we all owe our lives to the teamwork and spirit of each individual AMBUSCADE man. Reminiscences are endless: the loss of ARDENT so soon after our arrival, navigating the unfamiliar narrows of Falkland Sound for the first time and later the minefield, losing all but a single engine and limited to a minimum speed of 10 knots, the night we nearly lost a swimmer of the watch, the two Exocet attacks when our EW lookouts provided that vital first warning to the fleet, the noise level in Ops room during the first attack, the silence after our own escape as we searched for the casualties of ATLANTIC CONVEYOR instead. Twice the Sonarmen found and chased the submarine lurking under the force hoping for a shot at INVINCIBLE enemy torpedo HE does not sound like a flatulent whale! , night after night the Missilemen fired hundreds of rounds on Naval Gunfire Support (NGS) missions with precision, boats crews picked up urgent supplies from air drops, the aviators flew special forces ashore, the Weapons Engineers stayed up all day to keep the 4.5 gun serviceable, others would be up all night replenishing stores from a storeship - all in heavy seas, with stabilizers long since broken and in conditions quite unacceptable in peacetime.

And, having won our spurs in those first few days, we always had to rush back to take up our daytime EW picket station on the screen. Built for NGS, able to engage two targets at once, the climax came on the night of the final advance on Port Stanley when we fired 228 rounds (6 tons of HE) in support of 2 Para, taking out two gun emplacements along the way. A brief word is always difficult, but perhaps the odd story may stir one or two to remember what was achieved. This was the sailor's war and AMBUSCADE did indeed do her bit.

Yes son, that's what I did. CDR Peter J Mosse Captain HMS Ambuscade January 1982 - September 1983. Ambuscade was launched on 18 January 1973 by Lady Griffin. Wife of the Controller of the Navy. And was commissioned at Devonport on 5 September 1975.

During 1976 and 1977 her commander was Peter Abbott. Who subsequently attained Flag rank. Ambuscade took part in the Falklands War. To the Task Force, and taking part in several naval gunfire support.

On 25 May Ambuscade was targeted by two Exocet missiles. Fired by Argentine Super Étendard. Ambuscade detected the aircraft at 30 miles and the missile launch at 22 miles, first with radar then visually and fired chaff. In an attempt to confuse the missiles' seekers.

Both missiles then locked-on to SS Atlantic Conveyor. Impacting her port quarter and she sank, whilst under tow on 28 May. On the night of 13 June she fired 228 rounds of 4.5-inch shells during a Naval gunfire support. (NGFS) mission in support of 2 Para, assault of Wireless Ridge.

On the 27 April 1983, Ambuscade was conducting tactical manoeuvres with ships of the United States Navy. During the course of the exercise, she collided with USS Dale. Resulting in part of her bows being torn away.

Ambuscade was laid up in Bombay. For six weeks while a new bow was constructed and fitted. There was enough damage to have the Dale Dry docked. On 8 June 1984, Ambuscade went to the assistance of the schooner. Stena of Sitoo , which had struck an object in the North Sea.

And been holed below the waterline. At the same time modifications were made to reduce hull noise and Exocet. Launchers were added in'B' position. The medal is in very good condition. Please let me know if you need any additional photos or information.

The item "South Atlantic Medal 1982 Royal Navy Falklands HMS Ambuscade Barker" is in sale since Thursday, July 30, 2020. This item is in the category "Collectables\Militaria\Falklands War (1982)". The seller is "harrypitt69" and is located in Nottingham. This item can be shipped worldwide.