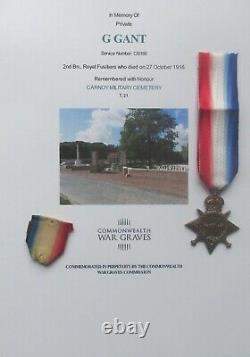 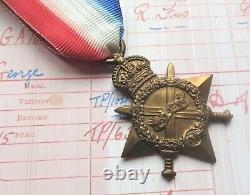 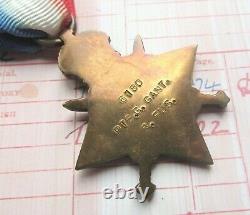 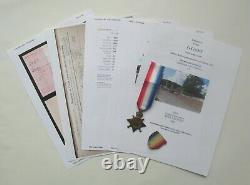 Royal Fusiliers (City of London Regiment). George passed away as a result of wounds received on the 27th October 1916 whilst serving in France, he is remembered at the Carnoy Military Cemetery. He was born in Ealing and lived at Hanwell at the time of his enlistment.

George landed in the Balkan theatre in December 1915 but along with his unit was evacuated to Egypt before landing at Marseilles where he sadly lost his life just after the Battalion saw action in the Battle of the Transloy ridges where it is possible he sustained his injuries. George was also entitled to the BWM & Victory medal. I also include a copy of his WW1 Medal Index Card, 2 medal rolls and CWGC Certificate.

The seller is "paragon_antiques" and is located in Kent. This item can be shipped worldwide.