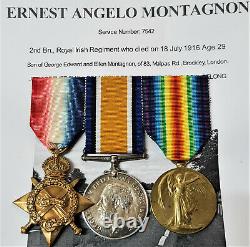 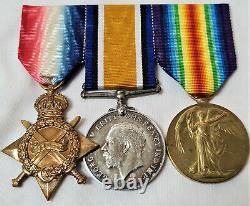 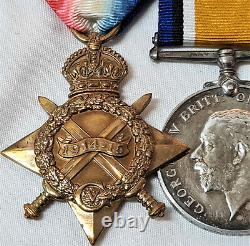 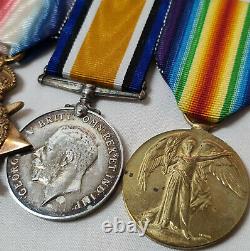 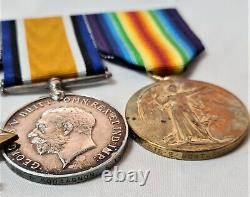 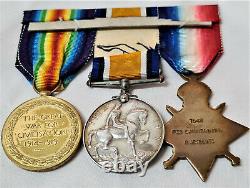 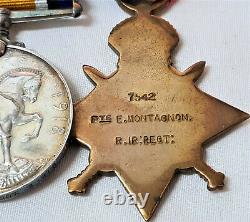 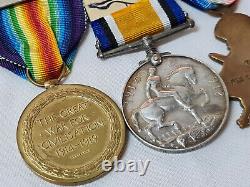 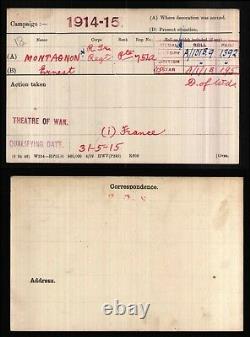 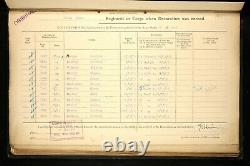 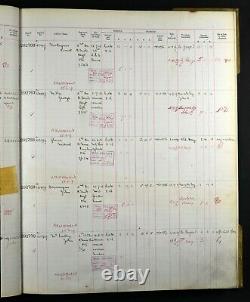 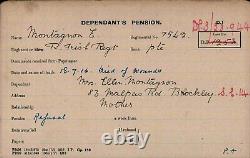 The 1901 census records him as a builders apprentice. It is unknown when Private Montagnon enlisted but it was in Cork and he landed in France 31/5/1915 to serve with the 2nd Battalion Royal Irish Regiment. The Battalion had taken heavy losses in 1914 and Pte Montagnon was one of the re enforcement drafts that re built the Battalion. He was with the Battalion when it went into action for the 2. Montagnon died of wounds on the 18. July 1916 at the 36th Casualty Clearing Station 36. It is unknown when he was wounded in the preceding days. He is buried at Heilly Station Cemetery, Mericourt-L'abbe. His mother was refused a pension for his death. The Battalion was in reserve for attack at Mametz however A & D Coy sent forward to re enforce 22nd Manchesters. July: Attacked Strip trench, in front of Mametz Wood under heavy machine gun fire and forced to withdraw. July: Assault on Trench Wood and south corner of Mametz Wood, company assaulting Wood Trench, shot down in uncut wire. Enemy counter attack and forced to withdraw. July, 227 casualtys since 1st.

We can mount your miniature or full size medals, ribbon bars or supply replacement ribbons or badges. We can also conduct military research on your behalf and value cherished objects with a current market or insured value.

We aim to give you, the customer our best customer service. The item "WW1 DIED WOUNDS BATTLE SOMME MEDAL GROUP 7542 MONTAGNON ROYAL IRISH REGIMENT" is in sale since Friday, June 4, 2021. This item is in the category "Collectables\Militaria\1914 - 1918 (WWI)". The seller is "jb_military_antiques_14" and is located in 2/135 Russell St, Morley, Perth, WA.