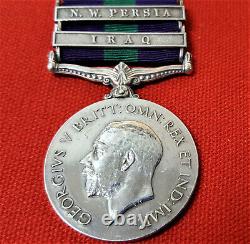 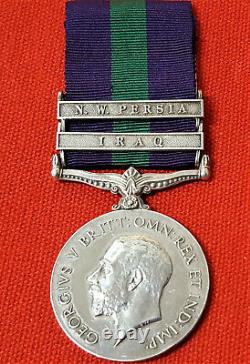 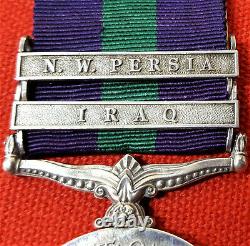 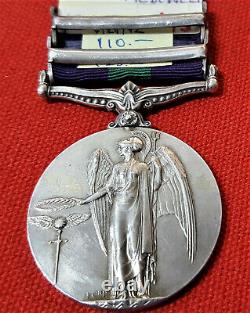 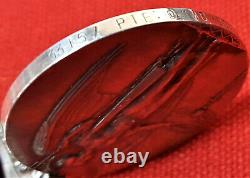 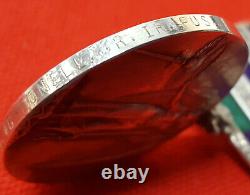 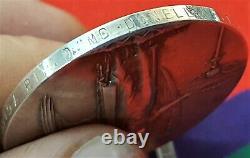 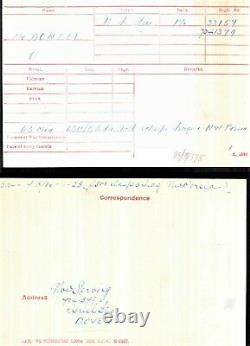 He is on the medal roll for clasps Iraq (10/12/19 13/6/20) & NW Persia (10/8 31/12 20) and it is highly probable that he only just missed out on WW1 active service. In 1921 the Army re numbered every soldier with a 7 digit number, Pte McDonell being given 7041379. The threat of Arab nationalism, a resurgent Bolshevik Russia and the international power struggle for control of oil production meant that the British government found it necessary to send troops to areas of vital national interest in the Middle East. The nationalist Arabs had limited arms, mostly acquired during the First World War after the defeat of the Turks.

They were now using these against the British and so the 1st Battalion The Royal Irish Fusiliers was nominated to carry out a difficult and thankless internal security task in Mesopotamia (now Iraq). The first stage of the Faugh's journey ended at the head of the Persian (Arabian) Gulf, where they transferred to a river boat and proceeded up the River Tigris. Changing to rail and road for another 400 miles, they eventually came to ancient Kasvin, capital of the Persian Empire under the Safavids from 15481598, where they found that their barracks were nothing more than a collection of monotonous mud huts. This experience was despite assurances given to Parliament in London on 23 July 1919 by Henry Foster, Financial Secretary to the War Office who, in response to being asked. What arrangements are made for the well-being of the troops stationed at Kasvin, Persia; and whether he is aware that complaints are being made that the food is insufficient, that the postal service is most irregular, and that the general conditions are very bad there? Replied : No previous complaints have reached the War Office regarding the conditions at Kasvin. It is stated by an officer who passed through there in April that the troops were well hutted and that there was no shortage of food. The climatic conditions are much better than in Mesopotamia. As regards the postal arrangements, I understand that there was previously some delay in the case of mails which were sent viâ Mesopotamia, but arrangements have since been made for a new service from Constantinople. Lieutenant Colonel Dobbs and his battalion set out on 1 September from Khanikin, north east of Baghdad, for Mirfana which was 20 miles away. They expected trouble at two passes, Fasilah and Qizil. Lying on a high ridge in the Fasilah Pass, the enemy were waiting and opened fire on C Company. The enemy advanced over exposed ground down a forward slope where they were struck by the machine guns and artillery of the supporting column. The enemy was driven from the pass and the Faughs suffered only two casualties, one of whom, Lieutenant H V Gough, was severely wounded. Between 9/11/19 - 21/3/1921 the Battalion suffered 8 Killed. We list militaria and coins weekly. We provide quality mounted medals, badges and historical research. We can mount your miniature or full size medals, ribbon bars or supply replacement ribbons or badges. We can also conduct military research on your behalf and value cherished objects with a current market or insured value. We run two specialist military auctions per year. Items are accurately described & photographed. Additional costs for this standard service will be added for this service based on publicly available Australia Post rates. Please note, these items are located and will be posted from Australia. We appreciate fair feedback from you once you receive the item. We aim to give you, the customer our best customer service. The item "WW1 EGENERAL SERVICE MEDAL IRAQ & N. PTE McDONELL ROYAL IRISH FUSILIERS" is in sale since Friday, December 11, 2020. This item is in the category "Collectables\Militaria\1914 - 1918 (WWI)".