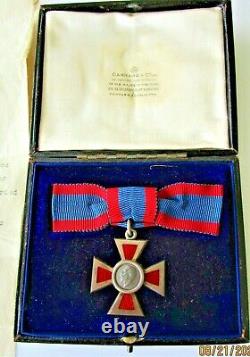 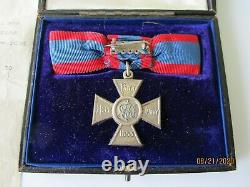 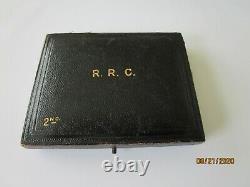 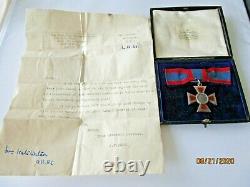 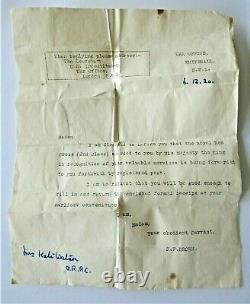 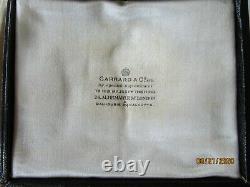 WW1 George v Royal Red Cross A. Presented to Mrs Kate Watson. In Original Garrard Presentation Case with Original War Office Letter. The award was established on 23 April 1883 by Queen Victoria, with a single class of Member and first awarded to the founder of modern nursing, Florence Nightingale. A second and lower class, Associate, was added during World War I in November 1915.

It is conferred on members of the nursing services regardless of rank. The badge for ARRC is in the shape of a silver cross, 1.375 inches (3.49 cm) wide, the obverse enamelled red, with broad silver edges around the enamel; a circular medallion bearing an effigy of the reigning monarch at its centre. The reverse has a circular medallion bearing the royal cypher of the reigning monarch, with the words "Faith", "Hope" and "Charity" inscribed on the upper three limbs of the cross, with the year "1883" in the lower limb.

The item "WW1 George v Royal Red Cross A. RC Nursing Medal in Case with War Office Letter" is in sale since Monday, August 31, 2020. This item is in the category "Collectables\Militaria\World War I (1914-1918)\Medals/ Ribbons".

The seller is "aladdins-cave-treasure-trove" and is located in Skegness. This item can be shipped worldwide.