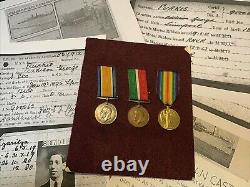 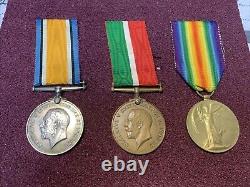 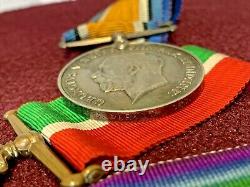 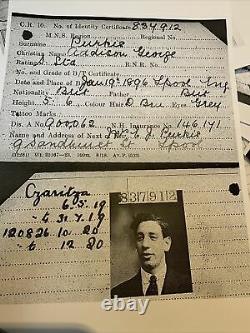 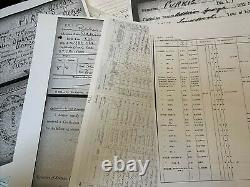 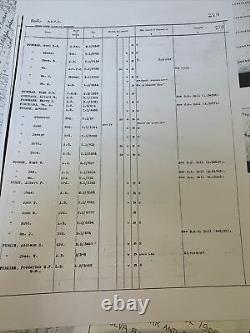 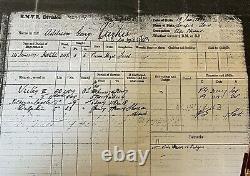 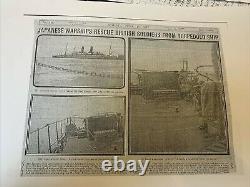 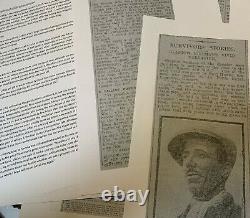 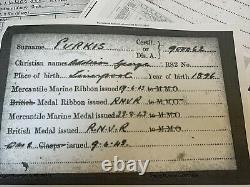 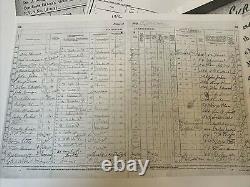 A Mercantile Marine and Royal Navy medal group to Addison George Purkis. Addison was born on 19th January 1919 in Toxteth Park in Liverpool, Lancashire. He served in the Merchant Navy from 1912 as a stewards boy then as a ships steward.

He was a lucky survivor of the sinking of the troopship SS Transylvania which was torpedoed on 3rd May 1917 with the loss of 412 lives. SS Transylvania was carrying 3,120 soldiers, passengers and crew and she torpedoed near Savona in Italy by German U-Boat U-63, commanded by Otto Schutze.

Otto sank 53 merchant ships during the war and who was awarded the Pour Le Merite. Addison then went onto enlist into the Royal Navy on 14th June 1917 serving on HMS Victory VI, HMS Kildonan Castle and at the submarine base HMS Dolphin before being demobilised in March 1919. The War and Victory Medals are correctly named as follows. The Merchantile Marine War Medal is correctly named as follows. The group also includes copies of his service papers, a copy of a photo of Addison, medal index cards, details of the ships and bases he served at, copy of a letter written by a survivor of SS Transylvania, newspaper articles regarding the ships loss, copies of tickets and other details. Addison died on the 28th October 1955 in Liverpool. Please let me know if you need any additional photos or information. The item "WW1 Merchant Navy & Royal Navy Medal Group Purkis S. Transylvania Surviver" is in sale since Friday, May 14, 2021. This item is in the category "Collectables\Militaria\World War I (1914-1918)\Medals/ Ribbons". The seller is "harrypitt69" and is located in Nottingham. This item can be shipped worldwide.