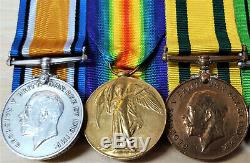 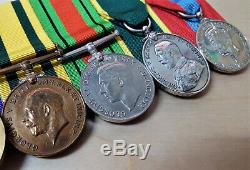 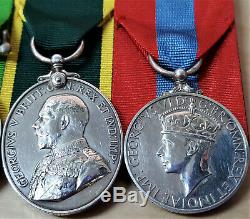 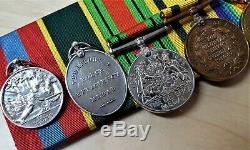 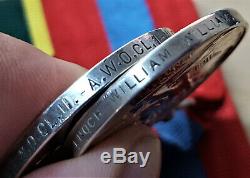 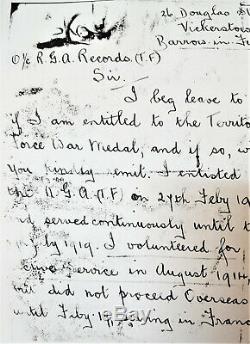 Imperial Service Medal impressed named ENOCH WILLIAM WILLIAMS. Comes with copies medal rolls, service papers & London Gazette. Enoch William Williams was born in Barrow in Furness Lancashire 1888. He was employed at the post office pre and post war finishing up as an Inspector for the Post Office in 1948.

He enlisted in the 7. Coy Lancashire and Cheshire Royal Garrison Artillery 27/5/1910 with a Regimental number 128087. No 7 and 8 Battery stationed at Barrow in Furness.

He volunteered for active service in August 1914 but did not proceed to France until the 27/2/1917 as a Sergeant Major with the 265. Service history Home Barrow 27/5/10 4/8/14. Awarded the Imperial Service Medal 1948. Died 11/12/1975 Barrow-In-Furness Lancashire England. This is a good pre-war Territorial group who volunteered and saw active service WW1 and probably Home Guard WW2 with long service medals. We list militaria and coins weekly. We provide quality mounted medals, badges and historical research. We can mount your miniature or full size medals, ribbon bars or supply replacement ribbons or badges. We can also conduct military research on your behalf and value cherished objects with a current market or insured value. 2/135 Russell St, Morley, WA. We run two specialist military auctions per year. Items are accurately described & photographed. Additional costs for this standard service will be added for this service based on publicly available Australia Post rates. Please note, these items are located and will be posted from Australia.

We appreciate fair feedback from you once you receive the item. We aim to give you, the customer our best customer service.