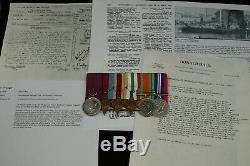 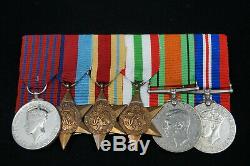 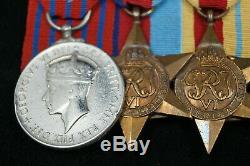 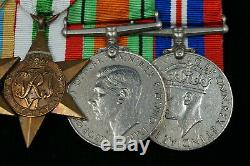 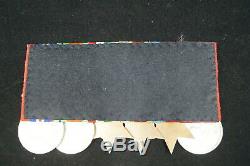 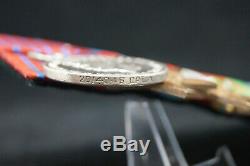 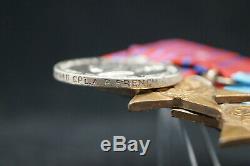 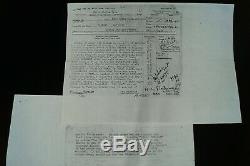 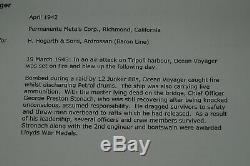 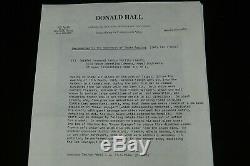 " "During an enemy air attack on the port of Tripoli (L) on the evening of 19th March, 1943, Corporal French went out into the harbour in a Eureka boat during the raid in order to rescue survivors from two ships which had been hit. Both ships were burning fiercely, and one of them "Ocean Voyager", which was well known to contain large quantities of petrol and ammunition, was showering tracer shells and other debris in all directions. His craft was so damaged by falling debris that it was out of action for a week. On another occasion he brought his boat close under the lee of the burning "Ocean Voyager" to rescue five disabled seaman from a raft which was unable to get clear from the ships side.

On another occasion during the night, French single handed, brought in ten other survivors, some of whom were seriously wounded. In addition, he performed useful work in the danger area, assisting the Sea Transport Officers. Cpl French was awarded the George Medal on 27-04-1944. Great for display or reference. GST of 5% is applicable on all sales within Canada.

The item "WW2 British Royal Engineers George Medal Grouping For The Battle Of Tripoli" is in sale since Friday, March 29, 2019. This item is in the category "Collectibles\Militaria\WW II (1939-45)\Original Period Items\Great Britain\Medals, Pins & Ribbons". The seller is "military*antiques*toronto" and is located in Toronto, Ontario. This item can be shipped to United States, all countries in Europe, all countries in continental Asia, Canada, Australia.