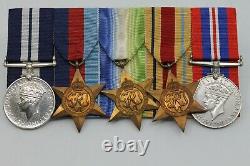 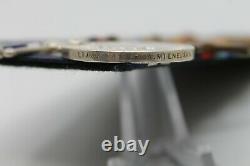 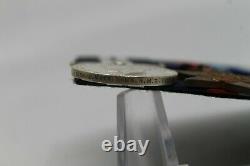 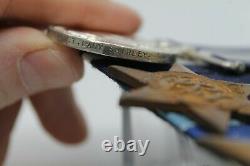 Group of five awarded to Seaman Albert Milne, Royal Naval Patrol Service, who was decorated for his part in the celebrated David and Goliath action between H. And the U-111 in October 1941; he was afterwards killed when the.

Was sunk by the U-374 in December 1941. 18 November 1941: For daring and skill in a brilliant action against a U-boat in which the enemy was sunk and surrendered to H. Seaman Milne is mentioned in the following terms in the official action report: As masthead lookout he was largely responsible for the successful outcome of the attack...

Seaman Milne behaved with great calm and determination, and got the rounds away in rapid succession. A trawler of some 477 tons, built in 1937 and requisitioned by the Admiralty for use as a Special Patrol Vessel was based in Gibraltar. At 0840 hours on 4 October 1941, the trawler was on patrol in the North Atlantic when the masthead lookout [Albert Milne] reported an object on the horizon. It was thought that the object was a ships funnel but owing to the possibility that it might be the conning tower of a submarine, the trawler altered course towards it.

The object disappeared shortly after being sighted but at 1004 hours contact was made with a submerged submarine and action stations were ordered. A pattern of depth charges were released and following the explosions a periscope appeared in the bubbles and a submarine broke the surface. The trawlers helm was put hard over to port to bring the 4 gun to bear and fire was opened as soon as possible, at the same time machine guns on the bridge opened fire on the conning tower.

The submarine opened fire with her machine guns and instantly killed the gun layer of the 4 gun. However, rapid fire was maintained and some six hits were recorded on the submarine causing the crew to surrender. The trawler picked up some 45 of the enemy crew and the submarine was seen to sink by the stern. The time was then 1023 hours and the whole action had lasted less than 20 minutes.

Such was the magnitude of the. Achievement, that Their Lordships quickly approved the award of one D. A little over two months later, at about 0305 hours on 11 December 1941. Were on patrol in the straits of Gibraltar when, in what was rumoured to be a quite deliberate act of revenge, both ships were sunk without trace by the German submarine U-374. Is recorded as killed in action. He is commemorated by name on the Lowestoft Naval Memorial. He was 24 years of age at the time of his death and left a young widow.